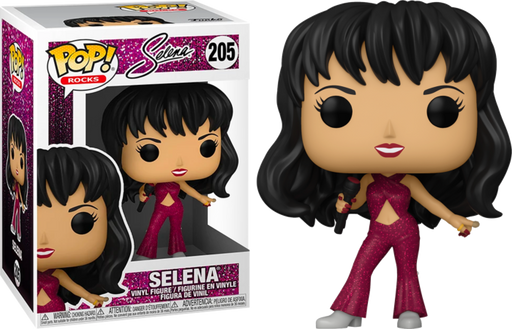 You don’t earn the title of the ”Queen of Tejano music" for nothing, but when you’re one of the most celebrated Mexican-American entertainers of the late 20th century, it’s more than suitable.

Selena, the top-selling Latin artist of the 1990s decade, is without question one of music’s biggest icons, credited for catapulting the Latin music genre into the mainstream market, selling over 30 million albums worldwide.

Although Selena was tragically taken away from us far too soon, you can now celebrate this incredible talent with Funko’s new Selena Pop! Vinyl Figure.

Featuring the Latin icon wearing a stunning burgundy dress and holding a mic and she sings one of her hit singles, this Pop! is an absolute must for any true fan.