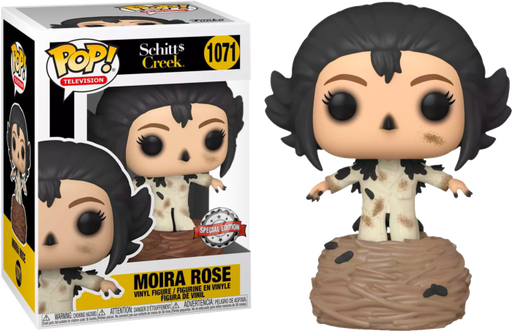 Here we have the mother of the clan, Moira Rose, from her appearance starring in the blockbuster film The Crows Have Eyes III: The Crowening, which director, Blaire describes as being an "apocalyptic fantasy about mutant crows". However, Moira simply calls it "a timely allegory about prejudice".