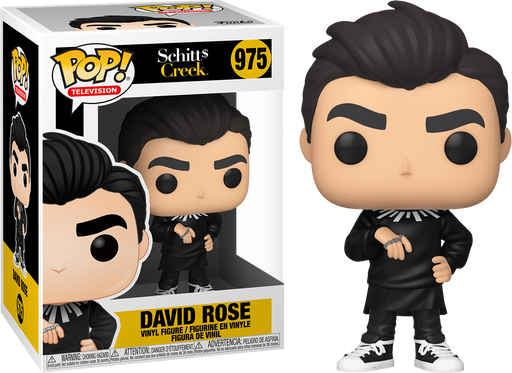 Funko's new bundle of Schitt's Creek Pop! Vinyl Figures features all four members of the Rose family; the former CEO of Rose Video, Johnny, his ex-soap-star wife Moira, as well as their spoiled socialite daughter Alexis, and her brother David.