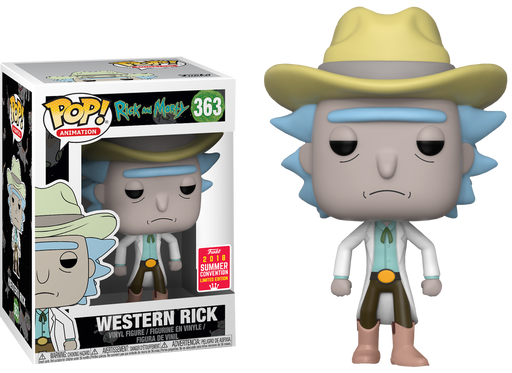 Now that the hilarious third season of Rick and Morty has squanched the multiverse by storm, Funko have announced their schwiftiest SDCC releases!

This Pop! features Western Rick, an alternate version of Rick who appeared in “Close Rick-Counters of the Rick Kind” during the first season.