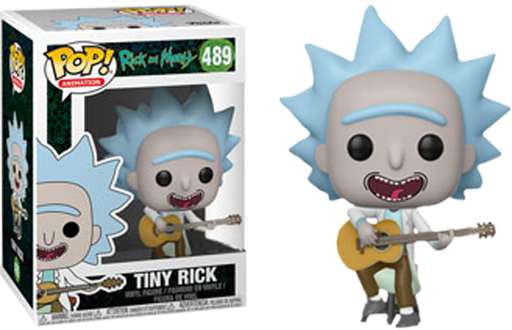 This EXCLUSIVE Pop! features Tiny Rick, a younger version of Rick created through Operation Phoenix in the episode "Big Trouble In Little Sanchez". He comes complete with his guitar.