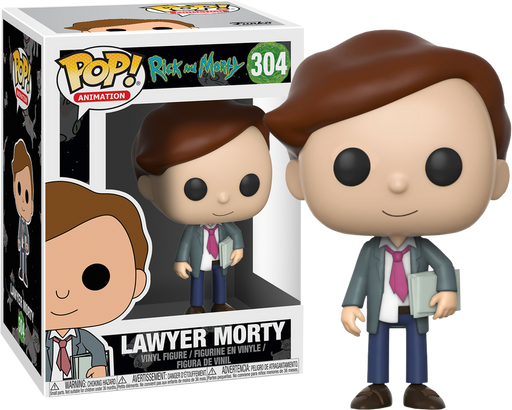 This Pop! Vinyl features Lawyer Morty, who appeared in the Season Three premiere 'The Rickshank Redemption'. He's not a very good lawyer, in fact the Council of ricks only keep him around because he's fun, after all, have you seen him dance?! Oh let's not get started on his pog collection!