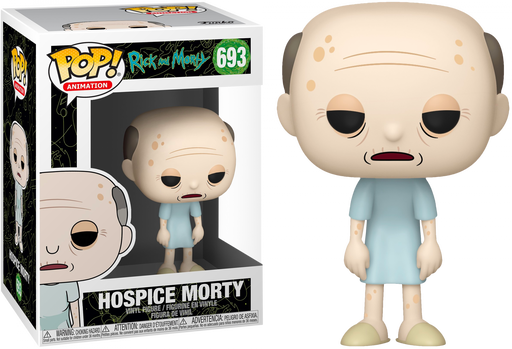 Wubba lubba dub dub! Rick and Morty has finally returned after two years off the air, so to celebrate, Funko has released yet another wave of schwifty Pops!

This new wave features both Rick and Morty in their fancy new space suits, alongside their snakes. Joining them is Hospice Morty, looking like he's ready to pull the plug, Rick channeling his inner Indiana Jones by holding a crystal skull, as well as the return of Mr. Poopy Butthole in his new role as an auctioneer!

An absolute must for any true Rick and Morty fan, collect them all!