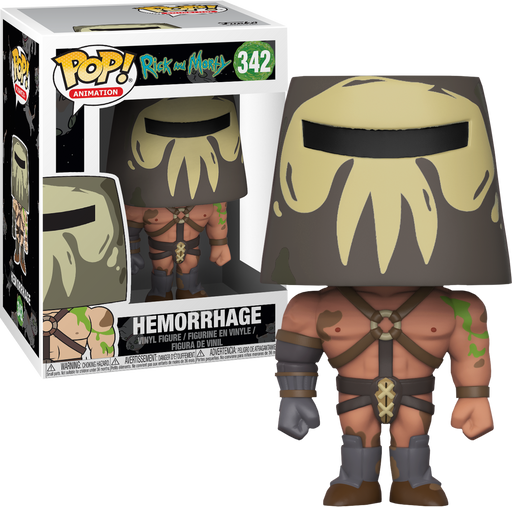 This Pop! features Hemorrhage from the hilarious Season Three episode 'Rickmancing the Stone'. Hemorrhage is the leader of the Death Stalkers, a group of inhabitants of the Post-Apocalyptic Dimension, where he acts as a hunter, killing the inhabitants which did not change along with his group.