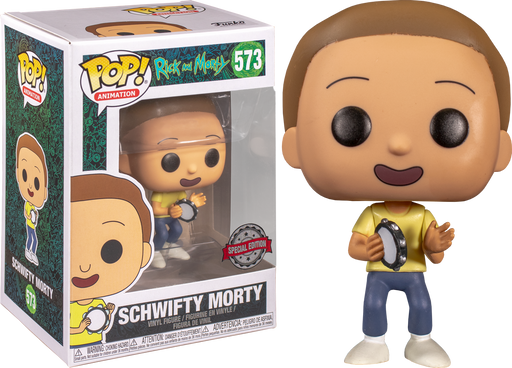 Not only do we get a whole new wave of regular Pop! Vinyl Figures, but Funko have also released a couple of EXCLUSIVES that take fans all the way back to 2015 and the music video for the hilarious Get Schwifty song. This Pop! features Morty holding his tambourine as seen in the clip, which he plays to perfection as Rick drops the schwiftiest beats in all of the multiverse. The perfect companion for Funko's "Get Schwifty Morty" Pop! Vinyl Figure!