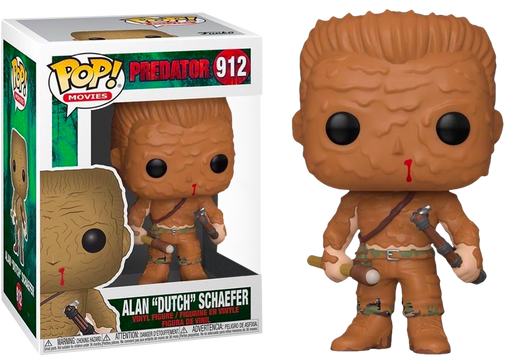 Want some advice? If you’re ever assigned a mission to rescue hostages from a jungle in Central America, unless you’re Arnold Schwarzenegger, always say NO! You never know what could be hiding in the trees, particularly when what’s hiding has invisibility technology.

Yes I’m of course talking about the Predator, the alien trophy hunter who unleashes hell on Major Alan "Dutch" Schaefer and his band of mercenaries in the smash hit 1987 film, Predator.

Funko’s new wave of Predator Pop! Vinyl Figures features both Dutch, as well as a new version of the Predator. Dutch comes complete with his mud camouflage, which he uses in the film to prevent the Predator from using his heat vision to find him. This new Predator Pop! features the creature with blue sparks, as it’s armour begins to malfunction.

Both of these are an essential addition to any man cave and a must for all true Predator fans.