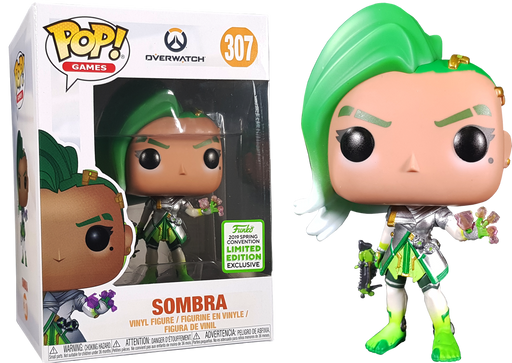 It's not easy bein' green, it seems you blend in with so many other ordinary things. Well Funko are making sure this year’s Emerald City Comic Con is an exception to the rule with their exciting wave of 2019 Spring Convention Exclusives! Featuring characters from some of the most iconic movies and television series, this wave has a little sumthin’ sumthin’ for everyone.

Overwatch is set sixty years into the future of a fictionalized Earth, thirty years after the resolution of the "Omnic Crisis". Prior to the Omnic Crisis, humanity had been in a golden age of prosperity and technology development. Humans developed robots with artificial intelligence called "Omnics", which were produced worldwide in automated "omnium" facilities and put to use to achieve economic equality, and began to be treated as people in their own right. The Omnic Crisis began when the omniums started producing a series of lethal, hostile robots, which turned against humankind. The United Nations quickly formed Overwatch, an international task force to combat the omnic threat and restore order.
Here we have Sombra, a hacker who has hidden within the shadows to find a global conspiracy that she once encountered. She comes complete in her all green "Glitch" skin, a perfect fit for the Spring Convention. Add her to your Overwatch collection today!