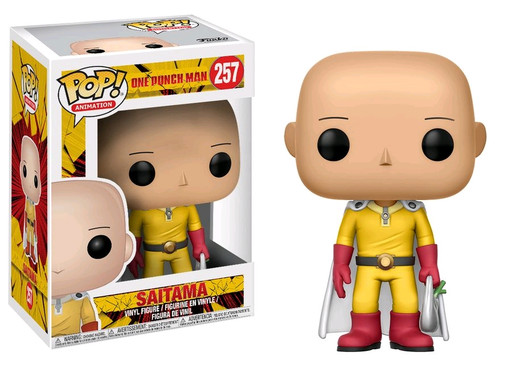 Straight from City Z come your favourite One-Punch Man characters as they fight their way into the Funko Pop! Vinyl Universe!

Set on an unnamed Earth-like super-continent planet, where strange monsters and supervillains have been mysteriously appearing and causing disasters, One-Punch Man has become a global success, starting as a comic and now adapted into an anime television series.

Here we have Saitama, an extremely overpowered superhero, who has grown bored by the absence of challenge in his fight against evil and seeks to find a worthy opponent.