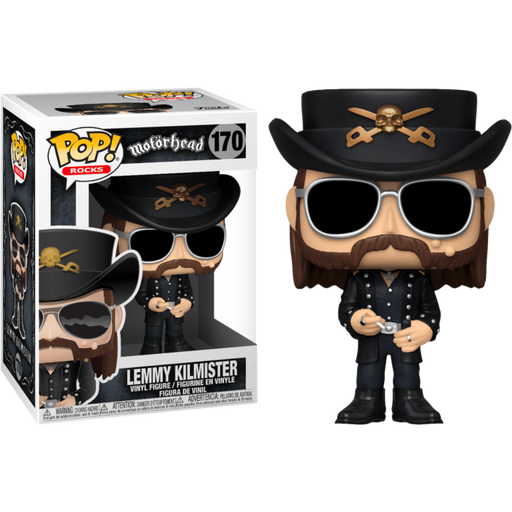 Lemmy Kilmister was the frontman and founder of the rock band Motorhead and his music was one of the foundations of the heavy metal genre. well known for his hard-living lifestylE, Lemmy spent his latter years holding up the bar at the Rainbow Room on Sunset, where he was a daily fixture when the band wasn't on tour. What a damn fine man he was!

Pay tribute to the rock great by adding Lemmy to your Funko collection today!