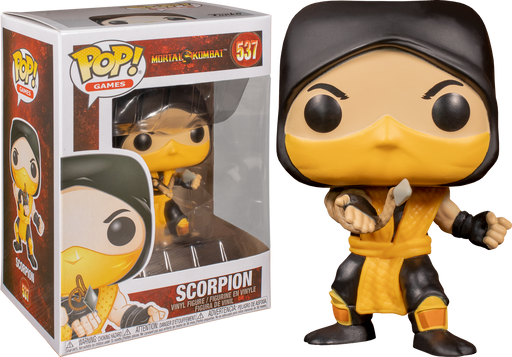 Released in 1992, Mortal Kombat is one of the most successful video games of all time, spawning a franchise of sequels, film adaptions, television shows and more. The original game featured several characters of various intentions who all enter a martial arts tournament with worldly consequences. The tournament takes place in Earthrealm on Shang Tsung's Island, where seven of its locations serve as stages in the game.

It introduced many key aspects of the Mortal Kombat series, including the unique five-button control scheme and gory finishing moves called Fatalities (“Babality” in Mortal Kombat II being my personal favourite).

Funko’s new wave of Mortal Kombat Pop! Vinyl Figures features four characters from the original game; one of Earthrealm’s greatest warriors, Liu King, Sub-Zero, who has the ability to control ice in its many forms, the resurrected ninja Scorpion, as well as the Eternal God of Thunder, Raiden.

An absolute essential addition to any Funko collection and a must for any true gamer!