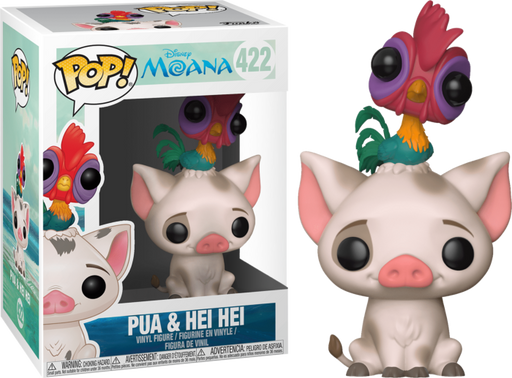 The film tells the story of Moana, the strong-willed daughter of a chief of a Polynesian village, who is chosen by the ocean itself to reunite a mystical relic with a goddess. When a blight strikes her island, Moana sets sail in search of Maui, a legendary demigod, in the hope of returning the heart of Te Fiti and saving her people.

Two of the cutest sidekicks in Disney history have finally been joined together. Pops don't get much better than this pop that features Pua with Hei Hei perched on his head.