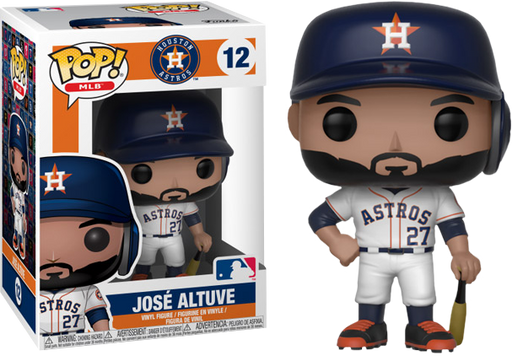 The 2018 MLB season is well underway and what better way to celebrate than by getting yourself Funko's new wave of MLB Pop! Vinyl Figures!

This Pop! features Jose Altuve of the Houston Astros. A five-time MLB All-Star, Altuve has been voted the starting second baseman for the AL in the All-Star Game three times. In 2017, he won the AL Most Valuable Player Award, the Hank Aaron Award, and became a World Series champion with the Astros, each for the first time.

Add him to you Funko collection today!