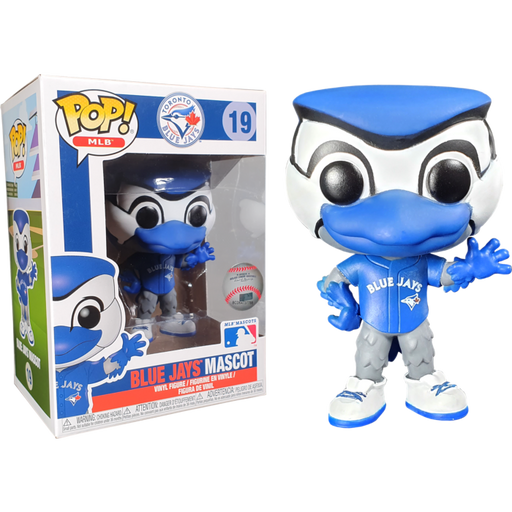 Get excited baseball fans because not only have Funko just released a new wave of MLB Pop! Vinyl Figures, featuring some of the biggest names in the sport today, but they've also now released a wave of MLB Mascots to go along with them!

This Pop! features Sluggerrr, the official mascot of the Kansas City Royals. The lion whose mane looks like a crown made his debut on April 5, 1996 and his name refers to a powerful batter with a high percentage of extra base hits. Sluggerrr is one of few mascots that has Facebook and Twitter accounts, both clearly marked on his homepage.

Hit a home run by adding him to your Funko collection today!