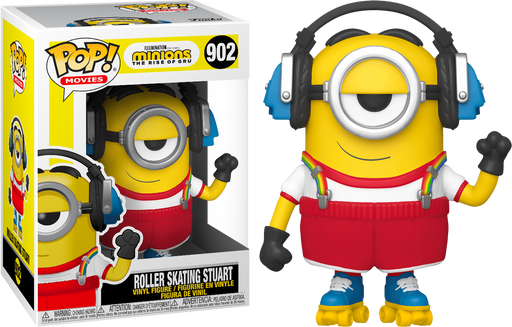 This wave not only features an adorable Young Gru, but you’ll also find a new range of Minions including Pajama Bob, Pet Rock Otto, 70's Bob, Kung Fu Kevin, as well as this Pop! featuring Roller Skating Stuart, who is absolutely rockin' those rainbow suspenders and headphones as he looks to skate into your life

We can’t guarantee your life will be any easier with a Minion by your side, however it will certainly be more interesting. Add the new Minions Pop! Vinyl Figures to your Funko collection today.