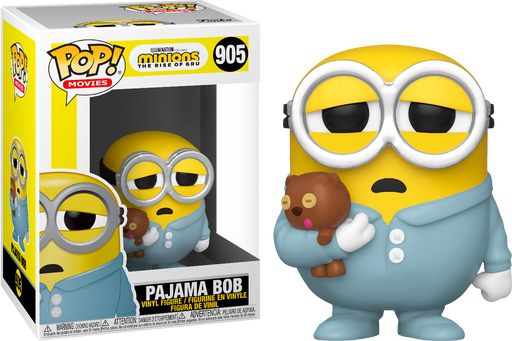 This wave not only features an adorable Young Gru, but you’ll also find a new range of Minions including Roller Skating Stuart, Pet Rock Otto, 70's Bob, Kung Fu Kevin, as well as this Pop! featuring Pajama Bob, who is looking very sleepy as he cuddles into his teddy bear.