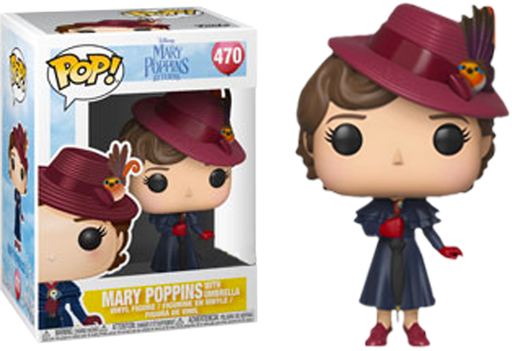 It's been 54 years in the making, however everyone's favourite nanny (no not Fran Drescher) is finally set to return in Disney's upcoming film 'Mary Poppins Returns'. To celebrate Ms Poppins; return to the big screen, Funko have just released a new wave of Mary Poppins Pop! Vinyl Figures!

Set in 1935 London, 25 years after the events of the original film, 'Mary Poppins Returns' sees Poppins, the former nanny of Jane and Michael Banks, returning after a family tragedy.

This EXCLUSIVE Pop! features Mary Poppins, portrayed in the film by Emily Blunt, complete with her umbrella.