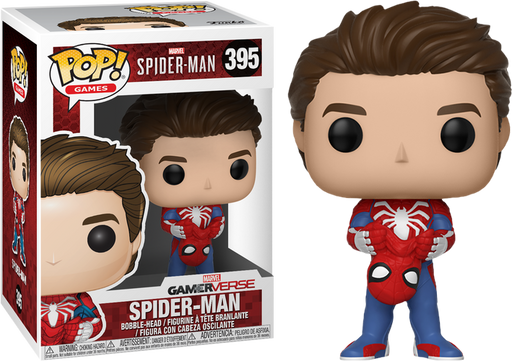 This Pop! features Spider-Man himself, or should we simply say Peter Parker, as he has removed his mask to reveal his true identity!