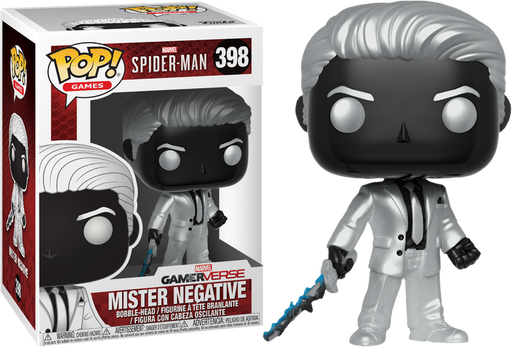 This Pop! features Mister Negative, a super-villain who's likely to cause some grief for Spidey and his pals in the game.