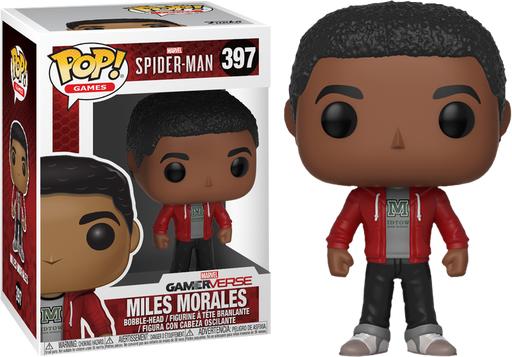 This Pop! features Miles Morales, who took over the role of Spider-Man after Peter Parker passed away.