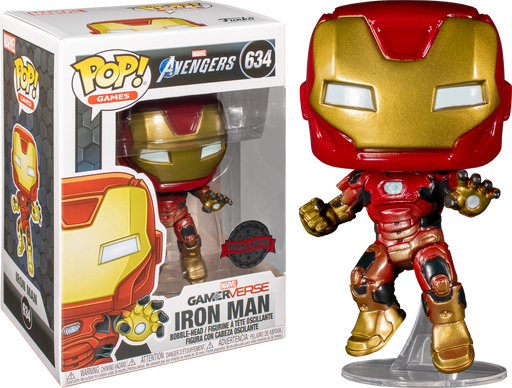 Inspired by the long-running Avengers comic book mythology and adaptations in other media, Marvel's Avengers is a video game that takes place five years after A-Day, a celebratory day for the Avengers wherein a tragedy resulted in death and destruction, and the Avengers were blamed. Now the team are forced to reassemble to save the world from peril.

Here we have Tony Stark himself, Iron Man, wearing his epic Space Suit and flying through the air with the help of a display base!