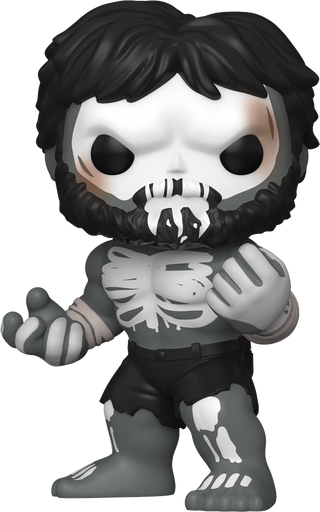 Here we have the Hulk, who has replaced his usual green skin colour with a kick rase Black & White Tribal design!