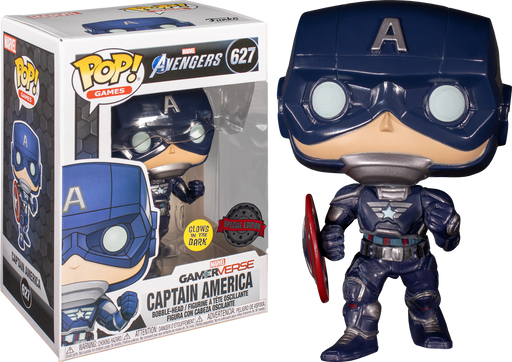 Here we have Ol' Cap himself, Captain America, armed with his shield and boasting an awesome Glow in the Dark finish!