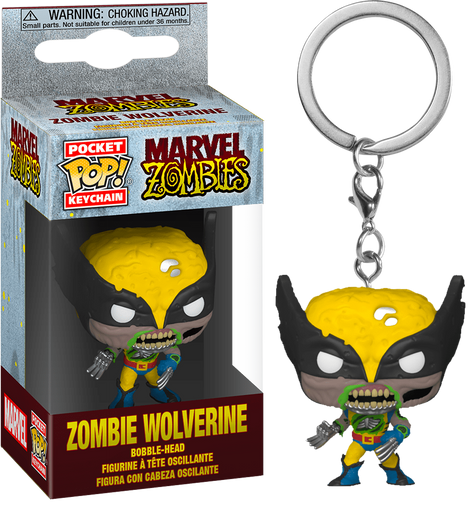 Funko's terrifying new range of Marvel Zombies Pop! Vinyl Keychains may just be our favourite Marvel releases in quite some time, boasting zombified versions of our favourite heroes and villains including Magneto, Deadpool, Gambit, and Wolverine.

Put it this way, if their superpowers aren't enough, their appearance alone is enough to scare the hell out of anyone! Add the new Marvel Zombies Pop! Vinyl Keychains to your Funko collection today.