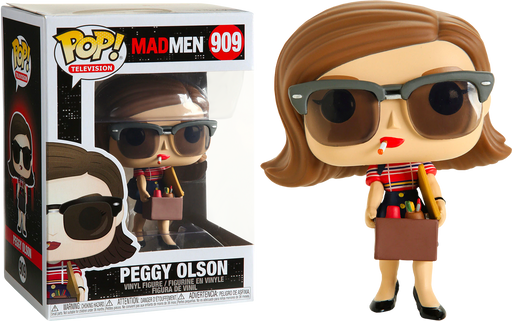 If you’re the type of person who believes it’s never too early to pour yourself a whiskey, especially at work, then you’re going to love Funko’s new range of Mad Men Pop! Vinyl Figures.

Primarily set in the 1960s, Mad Men focuses on the advertising agencies of Madison Avenue, NY, and the personal lives of those who work within. Renowned as one fo the greatest television shows of all time, it would become the first basic cable series to win the Emmy for Outstanding Drama Series.

This wave features five of the show’s main characters, starting with Mr. Mad Men himself, Don Draper, complete with whiskey in hand and cigarette in mouth. As always his wife Betty isn’t far behind, secretary-turned copywriter Peggy Olson as she appears in the infamous “hallway scene”, Roger Sterling looking as sharp as ever, and rounding out the wave is the insatiable Joan Holloway.

An absolute must for any Mad Men fan, add them all to your Funko collection today!