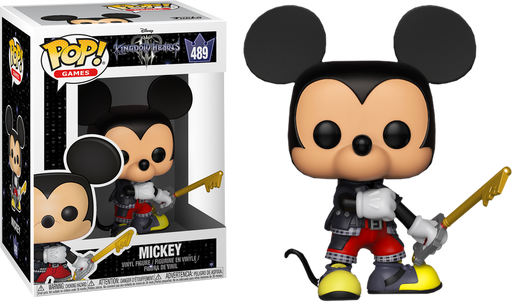 This Pop! features Mickey Mouse, known in the game as King Mickey, is the king of Disney Castle and the chosen Keyblade wielder for the Realm of Darkness, though he follows the path of light.