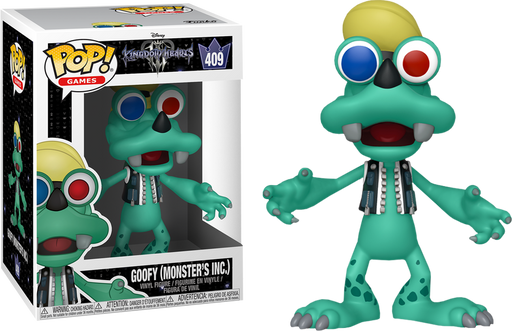 This Pop! features Goofy in his monstrous form as he appears when travelling through the Monster's Inc world in the game. He comes complete with his googly, multi-coloured eyes, green monster skin, as well as his signature vest.