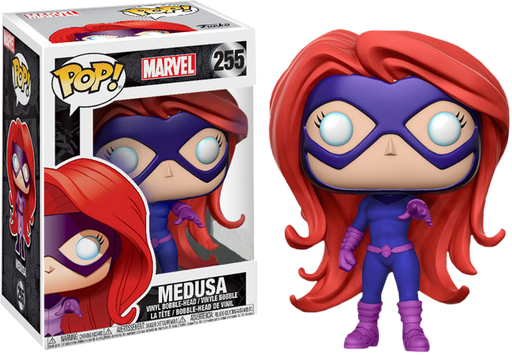 Marvel’s highly-anticipated TV series ‘Inhumans’ is only a couple of weeks away, and to celebrate Funko have released a new wave of Inhumans Pop! Vinyl figures.

The show follows the story where after after a military coup, the Inhuman Royal Family escape to Hawaii where they must save themselves and the world.

This Pop! features Medusa, The wife of Black Bolt and Queen of Attilan, who has the ability to move and control her hair.