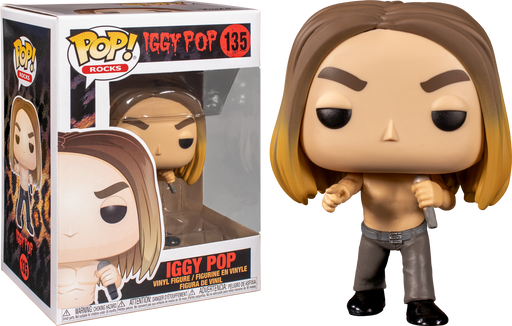 Ever since the 60's, James Newell Osterberg Jr., better known as Iggy Pop, has been tearing up stages across the world. Deemed the "Godfather of Punk," Iggy Pop helped pave the punk way as vocalist of the proto-punk band "The Stooges" and further during his solo career.

Iggy is a true performer, known for his unpreditcable and wild stage antics. Iggy continues to perform to this day, most recently having released a joint EP with the band "Underworld" in 2018.

Iggy Pop is the original Pop, so there's no truer addition for your Funko, so bring him home today!