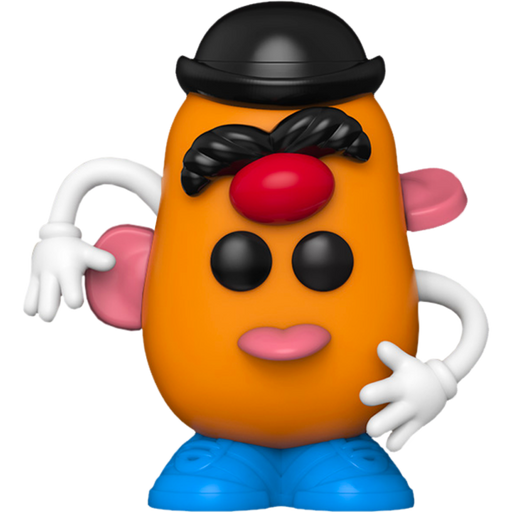 Launching almost 90 years ago, Hasbro has grown into one of the most iconic toy distributors of all time, so it only makes sense that Funko have finally gone back to celebrate the toy lines that put them on the map with their new wave of Hasbro Retro Pop! Vinyl Figures!

Featured in this amazing wave are some of the popular toys ever released, including the hilarious Mr. Potato Head, a Glow Worm (which fittingly glows in the dark), Cavity Sam from the hit game Operation, as well as the always handsome Stretch Armstrong, complete with a “stretched” Chase Variant!

Now that's the standard wave, however who we have here is Mr. Potato Head, except this time he has his face all mixed up, showcasing just what made this such a fun toy to paly with.

Go back in time for some retro fun by adding the new Hasbro Pop! Vinyl Figures to your Funko collection today.