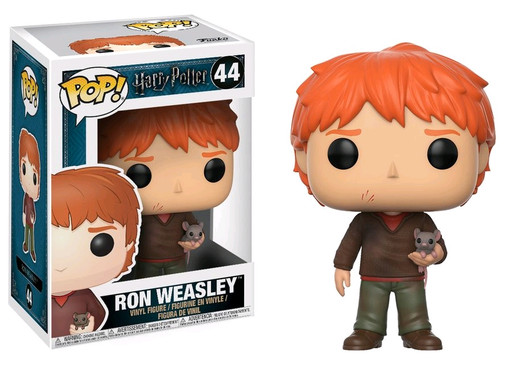 Here we have Ron holding his pet rat Scabbers. Scabbers is an old, rather useless rat and Ron pretends to hate him, but he is secretly very attached to the rat. Scabbers used to belong to Ron's older brother, Percy. Although the first years' shopping list only mentions cats, owls and toads as allowed pets, there does not seem to be any problem with Ron bringing him along to Hogwarts.