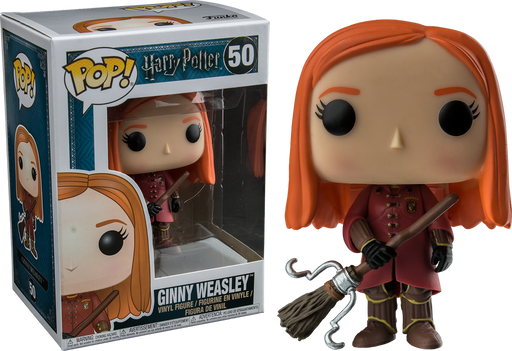 Here we have Ginny Weasley, a pure-blood witch, the youngest of Arthur and Molly Weasley's seven children, and the first female to be born into the Weasley line for several generations. This Pop! features Ginny in her Qudditch robes, looking to score some points for Gryffindor.