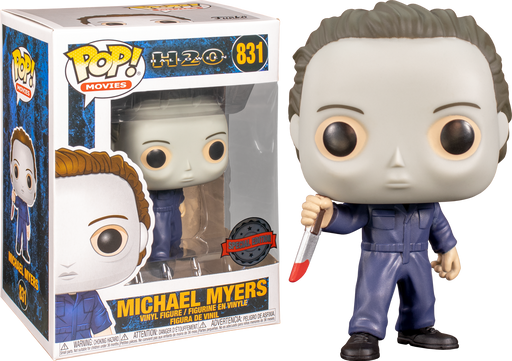 "Was that the Boogeyman?"

In 1978, the world was introduced to the terrifying Michael Myers in John Carpenter's horror classic, Halloween. 20 years later, Myers returned to the big screen once again in Halloween H20!

Halloween H20: 20 Years Later was the seventh instalment in the Halloween franchise tells the story of a post-traumatic Laurie Strode who has faked her own death so that she can go into hiding from Michael Myers. Unfortuantely he finds her working as the headmistress of a boarding school in Northern California, and well, murder ensues.

Here we have Michael Myers, as he appears in Halloween H20: 20 years Later, complete with his trademark knife in hand as he prepares to find his next victim.

A must for any true horror collection!