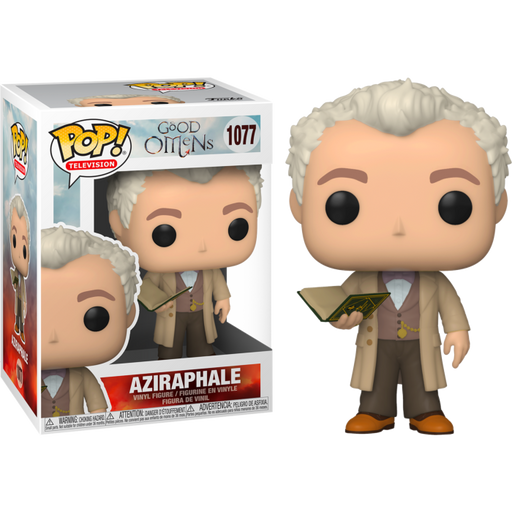 Set in 2018, Good Omens is a smash-hit series follows the demon Crowley and the angel Aziraphale, longtime acquaintances who, having grown accustomed to life on Earth as representatives of Heaven and Hell, seek to prevent the coming of the Antichrist and with it Armageddon, the final battle between Heaven and Hell.

Funko's new wave of Good Omens Pop! Vinyl Figures features both Aziraphale and Crowley, who each come with their own Chase Variant!

Also available is an Exclusive 2-Pack, that features both Aziraphale and Crowley with wings!

Prepare yourself for Judgement Day by adding the Good Omens Pop! Vinyl Figures to your Funko collection today.