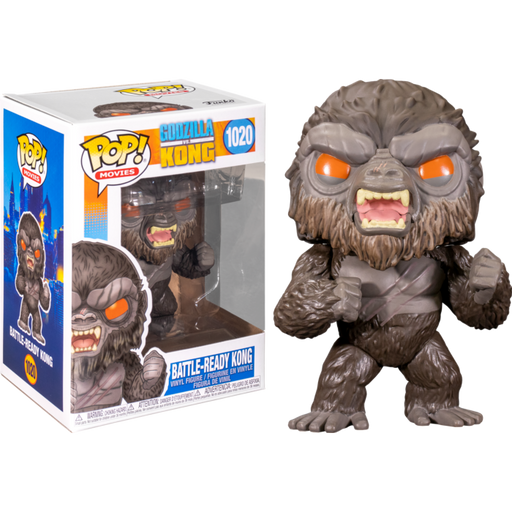 It’s going to be the showdown of all showdowns, as the two most powerful forces of nature on the planet collide in a spectacular battle for the ages in Godzilla vs Kong. They’ve duked it out on the big screen and now they’re taking their fight to your collection, with Funko’s new range of Godzilla vs Kong Pop! Vinyl Figures!

Here we have the mighty Kong, ready for battle and looking as angry as ever. Just look at those eyes, he's literally seeing red.

The attention to detail in Funko’s new Godzilla vs Kong series is truly to be admired. An absolute must for any real movie buff!