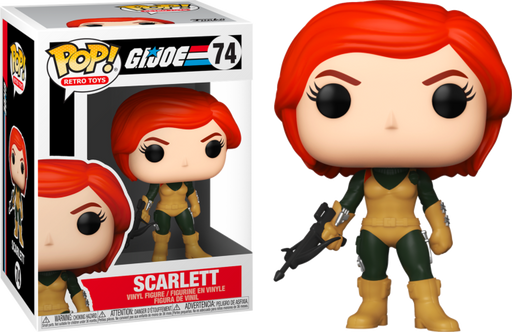 Launching over 50 years ago, G.I. Joe is one of Hasbro’s most successful toy lines, seen by many as the male counterpart to Barbie. Yes those original 12 inch figures sure did make for some epic battles at the playground (or in my case, the backyard sandpit), and now you can relive this iconic series of toys with Funko’s new G.I. Pop! Vinyl Figures!

Funko’s new range of G.I. Joe Pop! Vinyl Figures features four new characters to the Pop! series including Scarlett, one of the original members of the G.I. Joe team who specialises in counter intelligence, the evil Baroness, who serves as the intelligence officer for Cobra, the awesome Snakes Eyes armed for combat, as well as Storm Shadow, Cobra Commander’s ninja bodyguard.