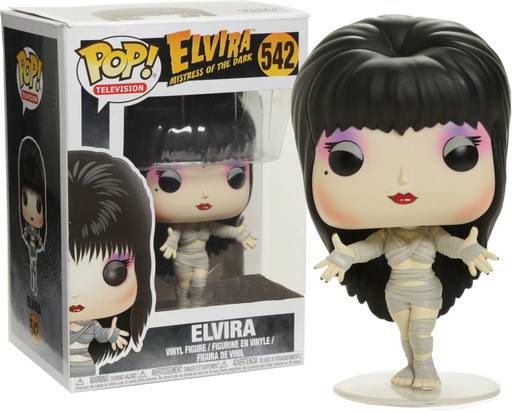 “It’s okay, my appearance is kind of a shock to everybody."

Elvira was the hostess of the popular American comedy television program, Elvira’s Movie Macabre. The show airs B grade horror movies which are occasionally interrupted by the hosts herself, Elvira. Elvira was known for her wickedly vampirish appearance, comical character, quirky and quick-witter personally and her cleavage enchanting gown.

Well now she's opted for a new look, dressed as a (sexy?) Mummy in this brand new Elvira Pop!

An absolute MUST for any Elvira fan!