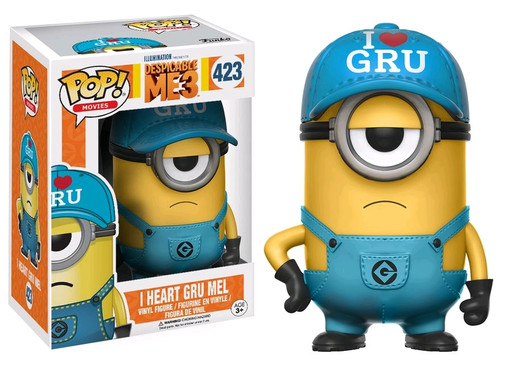 In anticipation for the release of Universal’s Despicable Me 3 this June, we’re happy to present the new line of Despicable Me Pop! Vinyl Figures!

In the latest installment, Gru faces off against Balthazar Bratt, a former child star who grows up to become obsessed with the character he played in the '80s. Plus, Gru also gets into some sibling rivalry when he meets his long lost twin brother, Dru (also voiced by Carrell).

This Pop! features Mel showing his love for his master with an I Love Gru cap.