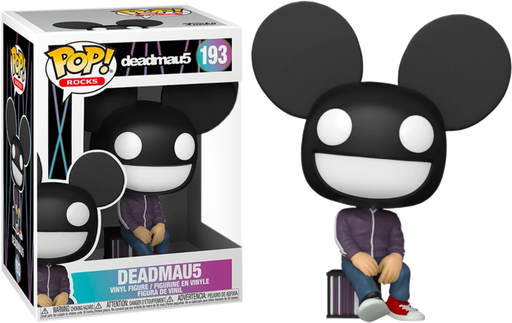 Six time Grammy Award nominated DJ & Record Producer Joel Zimmerman, most commonly known as as "deadmau5", is about to drop some beats on your Pop! collection!

Wearing his trademark deadmau5 mask stylised in Pop! form, Zimmerman sits atop a crate of LPs.

An absolute mu5t-have for any true deadmau5 fan.