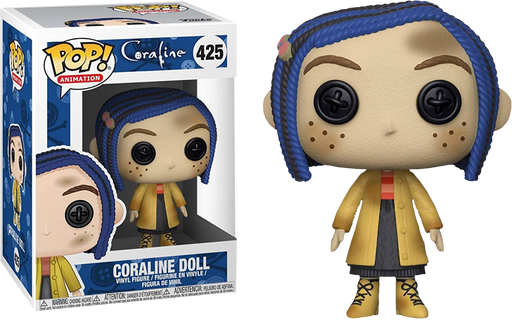 The film depicts an adventurous girl finding an idealized parallel world behind a secret door in her new home, unaware that the alternate world contains a dark and sinister secret.

This Pop! features the main The Doll, the creepy doll version of Coraline, compelte with button eyes.