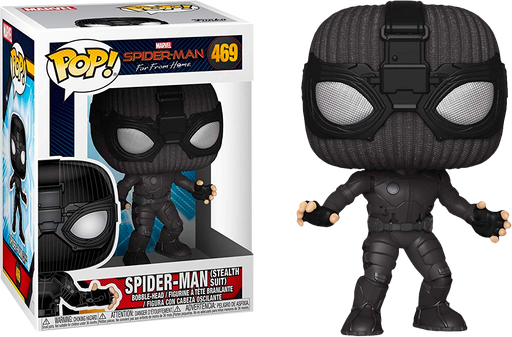 Funko's new wave of Spider-Man: Far From Home Pop! Vinyl Figure features some of the newest characters to the MCU; we’ve got Hydro-Man and Molten Man, members of the Elementals who are looking to destroy anything and everything in their path. Now with these guys being immortals beings with power over natural forces, Spider-Man is going to need some help to stop them, thankfully Mysterio has arrived to help spoil their party!

However, what we have here is the EXCLUSIVE  Spider-Man wearing his new Stealth Suit, this time with his goggle up (I guess they were covered in webs).