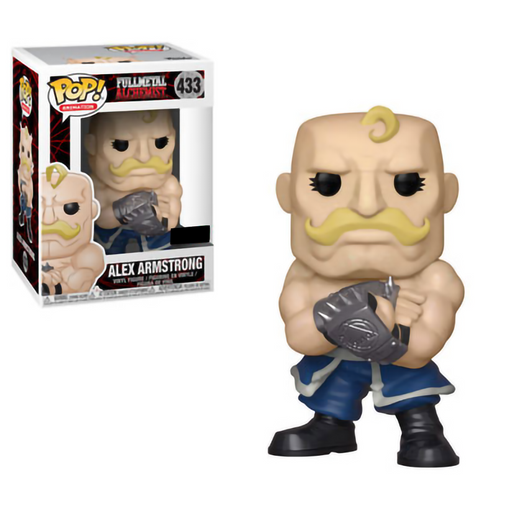 Fullmetal Alchemist takes place in the fictional country of Amestris. In this world, alchemy is one of the most-practiced sciences; Alchemists who work for the government are known as State Alchemists and are automatically given the rank of Major in the military.

This Pop! features Alex Armstrong, the scion of the illustrious Armstrong family. Alex is a remarkably caring commander and friend as well as an invaluably skilled ally to Colonel Roy Mustang and Edward Elric. Add him to your Pop! collection today!