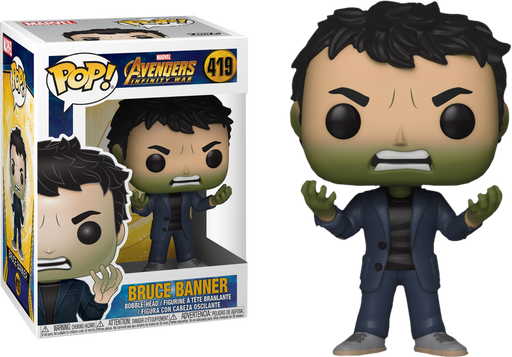 The most successful Marvel film of all time sent shock waves through the MCU when Thanos wreaked havoc on our favourite heroes. To celebrate the success of the film, Funko have just announced a new wave of Avengers 3: Infinity War Pop! Vinyl Figures!

This Pop! features Bruce Banner, who appears to be turning into The Hulk!