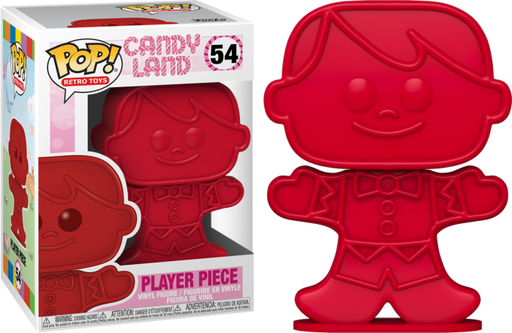 Originally released in 1949, Candy Land was the board game that truly put Milton Bradley on the map in the gaming world. With its simplistic gameplay and colourful characters, Candy Land was a smash-hit with families, and now you can relive your youth with Funko’s new Candy Land Pop! Vinyl Figures.

This new wave features four characters from the game including Mr. Mint with his candy axe, Queen Frostine with her wand, the loveable gumdrop monster, Jolly, as well as the man who lives in a castle made of sweets… King Kandy! Finally, you’ll also find a red Player Game Piece to ensure you can play along.