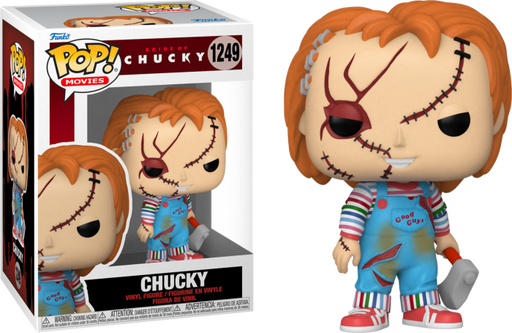 Released in 1998, Bride of Chucky is the fourth installment in the Child's Play franchise, taking a more humorous approach than the previous three films as it departed from the Andy Barclay storyline.

This film followed series villain Chucky, a doll possessed by a serial killer, and his former lover and accomplice Tiffany, whose soul is also transferred into a doll.

This Pop! features Chucky as he appears in the film, complete with new stitching and armed with an axe.

An absolute must for any Child's Play fan, add the Bride of Chucky Pop! Vinyl Figures to your Funko collection today.