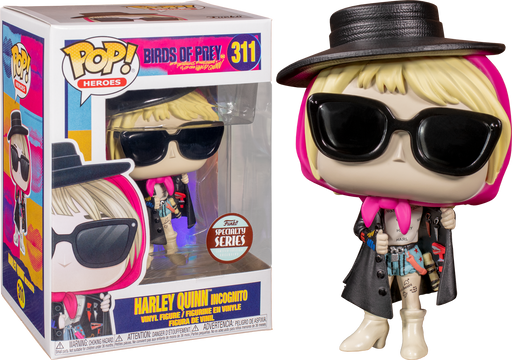 It’s been three years since DC fans were (blessed?) with Suicide Squad, so now it’s time for that film’s breakout star to get her own story in the form of Birds of Prey!

Since the events of Suicide Squad, Harley Quinn has left the Joker (it’s ok, it wasn’t the good one). When Roman Sionis, a narcissistic crime lord known as Black Mask, places a hit on a young girl named Cassandra Cain, Gotham City turns upside down looking for her. Harley joins forces with Black Canary, Helena Bertinelli, and Renee Montoya to protect the girl and to take Sionis down.

Don’t forget to also check out the range of Birds of Prey Exclusive Pop! Vinyl Figures!