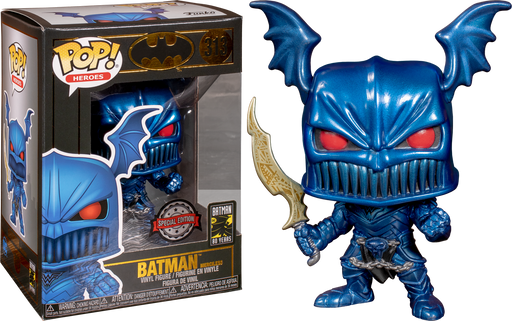 Did you know Batman wasn’t always a good guy? Well not all versions of Batman anyway. No sometimes he’s a merciless killer looking to wreak havoc on the DC Universe!

Merciless Batman is a member of the Dark Knights, a group of vigilantes from the Dark Multiverse whose goal is to assist the deity Barbatos plunge the central DC Multiverse into darkness.

Here we have Merciless Batman complete with his iconic armour including winged helmet and chains. He’s also armed with his sword, proving that this is one Dark Knight you do not want to meet in a dark alley.